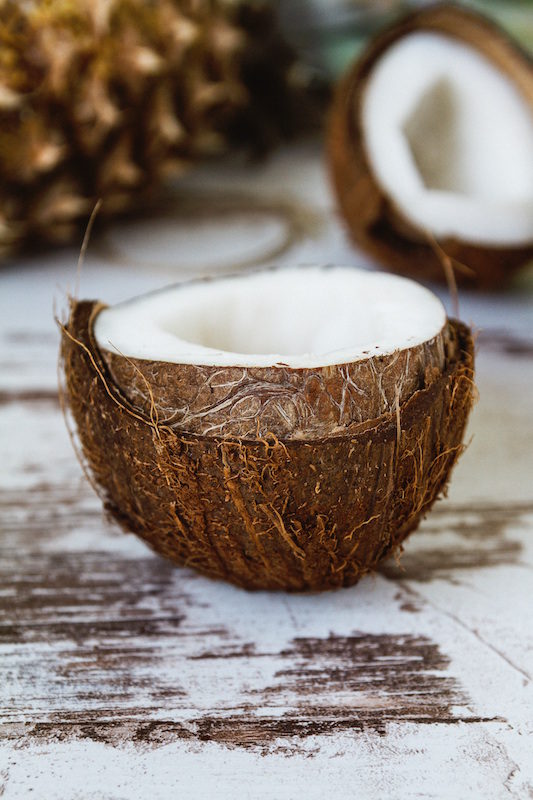 “Worse than Lard” Really? This catchy media headline, which recently targeted coconut oil, reflects a gross misunderstanding of nutrition. Some of the lowest heart disease and cancer rates are found among populations who use copious amounts of coconut oil and lard.

Coconut oil was recently branded an artery-choking fat by The American Heart Association (AHA), which basically reported (again) that saturated fats, of which coconut oil is one, lead to heart attacks.

The media, aware coconut oil is the darling of the heath food industry, pounced on the mention of coconut oil as being another “bad” saturate.

The AHA’s advisory, “Dietary Fats and Cardiovascular Disease,” looked at four studies on fats and heart disease, all of which suggest (on first glance) a diet rich in saturated fats lead to quicker demise from heart disease than one high in polyunsaturates (PUFA). Interestingly, close to 100 studies were left out of this review, including the 1965 study by Rose, The Sidney Diet Heart Study, The Minnesota Coronary Experiment, and two large meta-analyses, all of which conclude the opposite.

Cholesterol levels might end up higher in saturated-fat than PUFA eaters, but cancer, Alzheimer’s, arthritis, obesity and even heart disease increase as inflammation increases among those who use vegetable oil. This includes canola, corn, peanut, safflower, sunflower, and grape seed oils. Research suggests cancer is a particular concern with high vegetable oil intake.

But let’s go back to heart disease: In 2010 a meta-analysis (review of other studies) of 21 studies concluded “… there is no significant evidence for concluding that dietary saturated fat is associated with an increase risk of CHD (coronary heart disease) or CVD (cardiovascular disease).”

Another analysis published in 2004 in the Annals of Internal Medicine reviewed and analyzed 76 previous diet-fat studies, some observational, some randomized controls. Authors concluded; “Current evidence does not clearly support cardiovascular guidelines that encourage high consumption of polyunsaturated fatty acids and low consumption of total saturated fats.”

The Sydney Diet Heart Study and the Minnesota Coronary Experiment, both large studies, suggest that while cutting saturates reduces blood cholesterol levels, it doesn’t prevent heart attacks or prolong life and in fact may shorten lifespan.

Minnesota Coronary Experiment, conducted from 1968 to 1973, with over 9,000 patients, was a large well-controlled clinical trial comparing saturated fat-rich to PUFA-rich diets.

The study author, Dr. Ivan Frantz Jr., in his day, was a strong supporter of low fat and very low saturated fat diets, aligning himself with the national campaign to cut fat, especially to purge butter and bacon.

Frantz’ data was never reported however, probably because his research proved the opposite of his fat-is-bad philosophy: While a low saturated fat diet did lower cholesterol (on average 14 percent over the control group), the greater the drop in cholesterol, the higher the risk of death during the study. Like other studies this one shows lowering cholesterol can actually shorten lifespan. His research findings stayed buried until unearthed by his son, a cardiologist at the Mayo Clinic.

In the Oslo-Diet Heart Study, the group instructed to replace saturated fats with PUFA’s were also instructed to replace meat and eggs with fish and shellfish, foods well known to promote heart health. They were even given cans of cod liver oil-packed sardines, an omega 3 rich snack that cuts cancer and heart attack rates. They were encouraged to eats more nuts, vegetables and fruits and to eschew margarine! The saturated fat-eaters had no coaching or free sardines. How can we possibly conclude it was a low saturated fat diet and not the added nuts, vegetables, fruits, fish, omega 3-rich cod liver oil, and vitamin D promoting heart health?

In the LA Veterans Administration Trial, the longest running and only double blind study included, found heart disease deaths were greater among the saturated fat group but deaths from cancer were higher in the PUFA group, making mortality rates in both groups about the same. The cancer rates in fact increased by a greater margin as the study went on suggesting if we gathered results in another few years, deaths from cancer in the vegetable oil group would have outpaced the heart disease death rates in the saturated fat eaters.

The fourth study, the Finnish Mental Hospital Study, compared patients living on two hospital campuses, one on a high saturated fat diet the other on a high vegetable oil diet. The hospital group getting the higher saturated fat diet was also getting heavily dosed with anti-psychotic medication that increases heart disease.

Is the AHA dumb? I don’t believe so but they do get funding form the vegetable oil industry, cereal makers and big pharma, good incentives to keep our coconut oil consumption in check.

One of my favorite types of research is an observational study, where a real population is observed eating the food(s) in question. South Pacific Islanders living on balmy atolls have the highest documented saturated fat intake in the world, most of it coconut oil, comprising from 34 to 63% of the diet yet they have almost no heart disease or obesity. Before the invasion by the British, this population was described by an American expedition as “amiable, peaceful orderly, healthy and handsome.” Research reiterates that there is no evidence that the high saturated fat diets have adverse effects on the health of these coconut oil eaters, quite the opposite. Once they move to vegetable oil-consuming countries, heart disease rates climb to western levels.

The fat-and-cholesterol-are-bad message is outdated. In fact, as we age, studies show low cholesterol levels are associated with frailty and higher death rates. Perhaps this is why the government’s 2015 USDA Dietary Guidelines dropped recommendations to reduce cholesterol and fats. Quietly I might add. Read here for more.

So you ask: Why take the risk? Why even reach for coconut oil at all if there’s a question?
Here’re a few reasons: Coconut oil can reverse symptoms of Alzheimer’s disease and improve memory. No drug can do this. Saturated fats, like coconut oil, protect the liver and provide stability to our cell membranes. Saturates, including coconut oil, boost HDL’s a beneficial form of cholesterol that is associated with heart health. Saturates are associated with more artery -protective light fluffy cholesterol particles, another win for the heart. Coconut oil contains a unique fatty acid that fights off a variety of pathogens including bacteria, viruses and yeasts. Coconut oil helps rebuild collagen and thus promotes younger looking skin. Coconut oil can kill certain kinds of cancer cell lines.

Worse than lard? Most foods in the American diet are “worse than lard.” It’s like saying worse than clean water. Lard is highly monounsaturated, thus more like olive oil than coconut oil. Some of the longest- lived people on earth cook in lard, including the Okinawans and some French, so a misleading title.

It is hard to change a long held belief, perhaps harder to bite the hand that feeds you. The AHA study, like others, was funded in part by several pharmaceutical companies plus the Canola Oil Council. It is in their best interest for you to eat more vegetable oil and less coconut oil.

When you’ve heard fat is bad most of your life, it’s hard to get enthusiastic about adding in extra butter and coconut oil. It took me years to switch from a low-fat to high-fat fare, but I see benefits in my skin and hair, hormone balance, in lower blood pressure, and a lean body. Plus, fat enhances flavor. 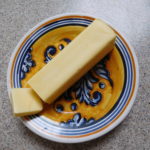 Benefits of Saturated Fat If you pay attention to health news, you likely heard the sugar industry paid off three Harvard scientists 50 years ago to blame fat for heart disease. Maybe you weren’t around or old enough to care in 1967, but undoubtedly your … END_OF_DOCUMENT_TOKEN_TO_BE_REPLACED 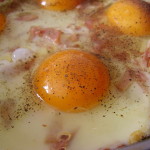 Egg Whites Missing the Gold I was looking over a Panera Bread Café menu for a client. What’s with all the egg white breakfasts? Are these guys living in the 1960’s? Have they not turned on the news or picked up a newspaper? Egg … END_OF_DOCUMENT_TOKEN_TO_BE_REPLACED

Saturated fats are not associated with coronary artery disease. We need them. Saturates give our cell walls integrity. They enable us to produce hormones. The brain is primarily saturated fat and cholesterol and requires a steady diet of these nutrients to thrive.

Fats slow absorption of food so we aren’t hungry soon after meals. We can’t build strong bones without fat.

END_OF_DOCUMENT_TOKEN_TO_BE_REPLACED

In 1910 lard enjoyed 70 percent of the market share for fats. Heart disease was unheard of, obesity was rare and risk of diabetes was 1 in 30. But then marketing spin, spearheaded by the soybean oil industry, made lard out to be as frightening as today’s swine flue. We were to switch to margarine and vegetable oils.

END_OF_DOCUMENT_TOKEN_TO_BE_REPLACED

Winter can leave our skin dry and itchy. Although many things contribute, the cure is an inside job. We know fluids prevent dehydration, but it’s actually dietary fats, not more water, that lock in moisture and keep our skin cells plump and young looking.