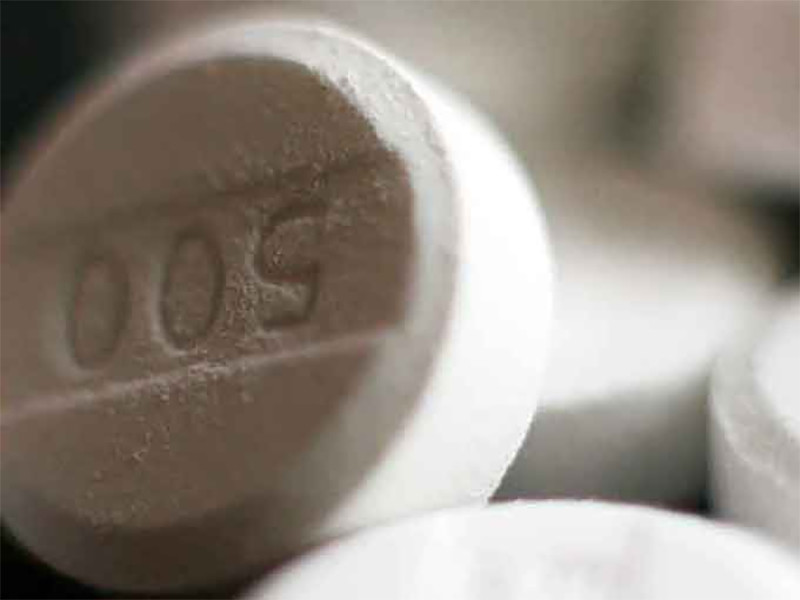 The most popular pain reliever on earth may be the most toxic. An analysis of peer-reviewed studies published this month found acetaminophen use may bump up risk of early death over 60%. Its use is associated with liver and kidney problems, stomach bleeding and increased risk of heart attacks and strokes.

Acetaminophen overwhelms the liver detoxification system, depleting glutathione, a critical antioxidant for health. Without this protection cells no longer produce energy and die off. Liver damage can turn into liver failure, then kidney failure.  Children and the elderly are most at risk.

David Brownstein goes into more detail on dangers and ways to protect yourself if you choose to use this drug in his blog.

“But”, you cry, “….it stops my pain.” But does it really? A 2014 study in the Lancet showed use of acetaminophen as directed worked no better than placebo for low back pain, and other studies show it to be inferior to alternatives for headaches.

When in pain, we want powerful medicine and we’ll worry about our liver later, right? But what if the most powerful pain relief came from nature, and not a powerful drug?

Take curcumin, the potent anti-inflammatory derived from turmeric. In a 2012 study, curcumin offered superior pain relief to the arthritis drug diclofenac and without side effects such as ulcers, chest pain, weakness, vision problems and other unpleasantness.

Asthaxanthan, thought to be nature’s most potent antioxidant, works to block at least five different inflammatory pathways, going beyond the single step pain relieving mechanisms of most patented drugs. Astaxanthan’s action includes blocking COX 2 enzymes without the added risk of heart attacks, fever, rash, swelling of the face, legs and feet or other side effects common with drugs.

Ginger – This culinary spice is well known for relieving arthritis pain and inflammation. In one study, ginger was able to reduce arthritis pain more effectively than NSAIDS. The lead researcher says, unlike drugs, ginger works on multiple levels to reduce inflammatory compounds, while its antioxidants reduce acidity in the fluid of the joints.

Cod liver oil, a rich source of omega 3 fats and vitamin D, is also well known to reduce inflammation and thus pain. The oil also provides soothing lubrication to joints and increases in neurotransmitters that keep us happy.

And finally, a well chosen homeopathic remedy can stop pain in its tracks, often faster than any of the above. There are homeopathic solutions to nerve pain, joint pain and muscle pain. Even the agony of dental surgery can be stopped with the right remedy. My husband and I both ended longstanding knee pain with one month on the right homeopathic remedy. Once hobbling around the house, my husband now feels like he has “new knees.”

And here’s one bit of dietary advice. Replace sugar. Sugar is highly inflammatory and promotes pain. One client eliminated her shooting knee pain when she stopped eating sugar.  Need help? Email me for a consultation.