The next generation in wireless technology, 5G, is expected to spread across the globe in 2020. The good news for the time-challenged is 5G will allow a movie to download in seconds rather than minutes. The downside is concerns about cancer, heart disease, insomnia, and anxiety from this very high frequency form of radiation. Here is one list of studies on EMFs.

Our homes and offices are already awash in Electromagnetic Fields (EMFs) and Radio Frequency Radiation (RFs), often collectively referred to as EMFs. These fields are a type of radiation – non-ionizing, and not to be confused with radioactivity like x-rays. Nevertheless, this radiation impacts living beings – humans, animals, insects and plants – on some level. It penetrates our cells, and studies suggest it can affect our hormones, immunity, nervous system, heart and vitality.

Children appear to be particularly vulnerable as EMFs can more readily reach their developing brains.

Each of us experiences varying degrees of sensitivity to everything from sunlight, to pollen, to medications, to insults, and as you might expect, to electromagnetic radiation.

We recently switched out our home wireless system to Ethernet. Our TV’s and computers are now wired. Plugged in. I’m sleeping deeper, no longer waking in the night and feeling more rested than I have in years. The red itchy areas I’ve had on my arms are gone. Prior to this I didn’t consider myself particularly sensitive to anything.

According to the FDA, when it comes to cell phone radio frequencies, “…the weight of scientific evidence does not support an association between exposure to radio frequency from cell phones and adverse health outcomes.”

On the other hand, The International Agency for Research on Cancer designated cell phones as a Category 2B carcinogen, along with the pesticide DDT, lead, engine exhaust, coal burning and dry cleaning chemicals.
Read more here.

Feeling anxious? The Journal of Chemical Neuroanatomy reported in 2016 a review of 26 studies that indicated EMFs from cell phones, smart meters and other devices produce psychiatric effects including anxiety, depression, insomnia, fatigue, attention and concentration issues, nausea, and skin burning.

A study published in the Review of Environmental Health reports the proliferation of wireless technology is causing many to suffer rapid aging syndrome, a kind of hypersensitivity to EMFs. Authors cite cardiovascular effects including blood clot formation, chest pain, and anxiety. Other studies suggest EMF exposure can lead to heart palpitations and arrhythmias.

EMFs are suspected of interfering with the pineal gland, our source of the hormone melatonin, thereby preventing deep sleep, and can lead to blood sugar changes, fatigue, and increased risk for cancer. This research shows EMFs can turn normal cells into cancer cells. Interestingly high doses of melatonin are often prescribed to cancer patients.

Other sources of non-ionizing radiation include smart meters, dimmer switches, fluorescent lights, and power line connections to your home. Basically anything that plugs in or emits wireless signals can emit RF and/or EMF radiation, so this includes smart technology, microwave ovens, ranges, refrigerators, and TV’s..

Faulty wiring in walls can be a source of elevated EMFs, and can pose greater effects if near your bed. EMF levels fall the farther you are from the device, so keep your distance.

Devices operating near the body such as cell phones, electric blankets, electric toothbrushes or laptops on your lap deliver stronger fields than say the washer/dryer in the next room. Cell phone use, when a phone is regularly placed against the head, is associated with brain tumors. Read more here.

If you suffer insomnia, or other mystery conditions you can’t seem to correct, or you’ve had cancer, consider ways to reduce the EMF’s in your home, especially during sleep when your brain and body are in a state of restoration and repair.

Tips: Never sleep under an electric blanket or waterbed. Don’t hug Alexa. Use your speaker phone feature. Be sure your home has no faulty wiring. Move your bed away from outlets. Don’t sleep with a microwave, refrigerator, or other large appliance on the other side of your bedroom wall. Avoid sleeping where power lines come into your house or opposite a smart meter. Switch to a battery operated clock and never sleep with your cell phone or anything that plugs in next to your bed. We are more susceptible to EMF effects during sleep.

Avoid lingering within two feet of appliances in use such as microwave and conventional ovens, dishwashers, washer/dryers, and refrigerators. Unplug your microwave. Microwaves, as well as your Alexa, emit radiation even when not in use.

Many dimmer switches, especially older types, emit strong electromagnetic fields. When we remodeled our house a few years ago we removed all dimmer switches, replacing them with lights of varying levels of brightness. We also trashed our microwave.

Is speed important? My CAT 6-wired laptop and streaming T.V. are much quicker than the wireless versions were. And, no interruptions or buffering. From a security standpoint I am better protected from hackers, so a win on many levels.

If you’re not ready to rewire your house, consider putting your router, computers, printers and Alexa on a power strip and shut that down at night, a simple step. Cordless phones emit EMF all the time even when not in use, so switching back to a land line or relying on your cell phone (that you turn off at night) can eliminate this.  Consider an EMF blocking shield case for your cell phone. Minimize use of your cell phone, laptop and other wireless devices and don’t use them close to your head.

5G is ultra high frequency and high intensity, far more powerful than existing technology. 5G cell towers will be placed every 500 – 800 feet. Scientists and physicians have concerns about the safety of this technology.

In 2004, six California fire fighters were studied after a 5G cell tower was placed outside their station. The workers reported lack of focus, lack of impulse control, severe headaches, sleep deprivation and tremors. SPECT scans showed abnormal changes concentrated in wider areas of the brain than would be seen with inhalation of toxins. The state now provides legal exemptions from 5G towers for fire stations. Read more here.

Numerous physicians have weighed in on wireless technology, calling for more protective standards and demanding a moratorium on rollout of 5G. For more, check out Physicians for Safe Technology.

The telecom industry has secured their future spending $60-80 million per year lobbying congress.

Section 704 of the 1996 Telecommunications Act states that no environmental concern (including health) can interfere with the placement of telecom equipment such as cell towers and antenna. If a communications company believes your city officials took health into account when denying them a permit, your city can be sued.

You might not be sensitive to EMFs and RFs, but 5G is more powerful and there appears to be few ways to escape it. It’s one thing to be faced with tempting food choices or cigarettes but another to be surrounded by something toxic you can do nothing about. If you want to fight for more protections, take action here.

The dose makes the poison as they say, and this appears to be the case with EMF and RF radiation. Keep yours low. 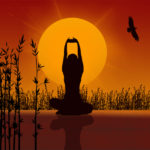 Brain Power Through Nutrition Mental decline is not inevitable. Neither is depression or anxiety, although for some it may seem that way. Balancing brain nutrients coupled with exercise, avoiding toxins, and getting sunshine, can keep us sharp, balanced, upbeat, and purposeful, right through hormone … END_OF_DOCUMENT_TOKEN_TO_BE_REPLACED 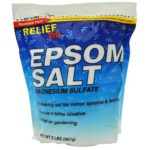 Better Than Drugs? For around $3, you can buy an effective, natural remedy for anxiety, pain, headaches, high blood pressure, PMS, constipation, osteoporosis, and insomnia. Good old Epsom salt poured into a warm bath can do the job of hundreds of patented drugs, and … END_OF_DOCUMENT_TOKEN_TO_BE_REPLACED 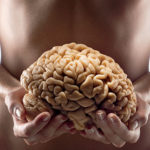 It may seem like anxiety is all in your head, but research shows it may be coming from your gut. Our bodies are home to trillions of bacteria, more bacterial cells than cells of our body actually. These bacteria, many of which are … END_OF_DOCUMENT_TOKEN_TO_BE_REPLACED