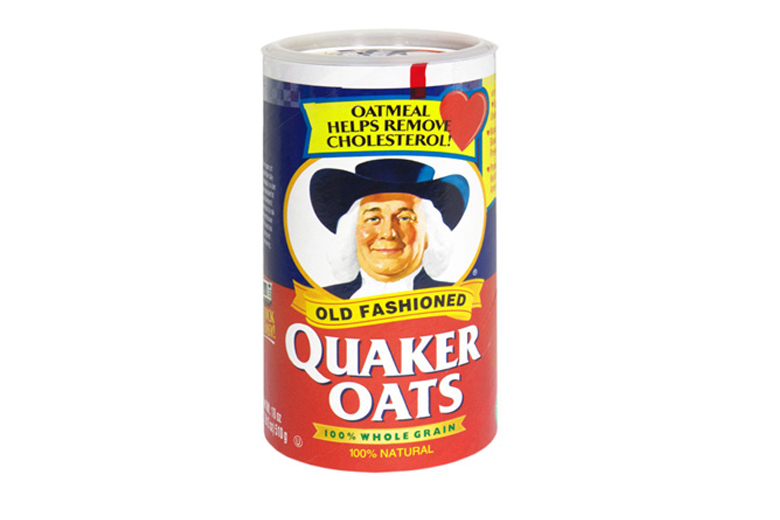 What could be more wholesome than a bowl of hot Quaker oatmeal? After all, oats are “heart healthy” thanks to oat fiber’s effect on cholesterol.

Years ago, Quaker oatmeal probably was a healthy choice, but that was before oats were sprayed with weed killer.

Oatmeal eaters in California and New York have just slapped Quaker Oats (now owned by PepsiCo) with a class action lawsuit after learning their oats are contaminated with glyphosate, the active ingredient in the weed killer Roundup. Just days ago Taiwan rejected Quaker and other oat products due to excessively high levels of glyphosate.

Roundup is infamous for its role in keeping weeds out of genetically modified crops (GMO’s) and home gardens. We’ve long known GM foods are laced with Roundup, but now we are finding it is in non-GM wheat, oats, and soy where it is used to speed seed drying and thus hasten harvest. That means favorites like Cheerios, oatmeal, a variety of flakes and nuggets as well as soy creamer, spaghetti, whole wheat bagels, muffins, and beer are likely dosed with Roundup, which is not washed away like dirt on an apple.

Is glyphosate harmful? Monsanto markets Roundup as safe and biodegradable but independent research indicates the opposite. Research suggests Roundup wreaks havoc on our resident beneficial bacteria. Since more of your body is bacterial than human cells, flora balance is key to your survival, health, and happiness. Your bacterial community influence everything from your digestive health to your weight and immunity. Poor gut health can make you fat and sick. Your gut bacteria make essential amino acids and vitamins while disarming toxins, and preventing bad bacteria from taking over. Killing off good bacteria is associated with almost every troubling health problem. MIT research suggests Roundup works a lot like an antibiotic in killing off our good bugs.

Studies in animals as well as with human cells, link glyphosate and other Roundup ingredients to
liver and kidney damage, hormone disruption, and hormone related cancers, including miscarriage, obesity, digestive problems, autism, and Alzheimer’s disease.

According to Scientific American, the Roundup formulation appears to be a synergistic mix of chemicals that become even more toxic to life, especially to embryonic and placental cells, than glyphosate used alone. The combination of ingredients work together to “limit breathing of the cells, stress them and drive them towards a suicide,” says French molecular biologist Gilles-Eric Seralini.

A report commissioned by the government in Argentina found the rate of birth defects increased fourfold and childhood cancers tripled in a decade in areas where new Roundup Ready GM crops were planted. Researchers concluded even small “safe” concentrations disrupt hormones and future reproductive health in children.

Food allergies are a significant issue for many of my clients. I see more reactions to wheat, peanuts, corn and a myriad of other foods now than when I first began my practice over 25 years ago. GMO crops are suspect as they were introduced into our food supply just before allergies began to skyrocket.

Authors Anthony Samsel and Stephaine Seneff comment on glyphosate in the journal Entropy, “Negative impact on the body is insidious and manifests slowly over time as inflammation damages cellular systems throughout the body.”

Anti-GMO folks worried about Roundup in their food think they can simply avoid GMO foods, mainly corn, soy, sugar beets, and canola (although the list is growing). But now a significant part of our food system is muddied with Roundup.

Monsanto claims only small doses of the weed killer are present in foods from treated crops. You could be getting more than a small dose. Over time, weeds (just like bacteria) grow resistant to chemical efforts to kill them off, so farmers must use more and more weed killer. In one study reported in Independent Science News , seven out of 10 soy samples surpassed “extreme levels,” of the active chemicals in Roundup, indicating increasing use.

Countries where Roundup is routinely used on crops have been steadily increasing their use, as super weeds sprout in their fields. As levels in foods rise, the government sets higher “safe” limits.

What is more wholesome than a bowl of Quaker oats? Consider bulk organic oats, quinoa, amaranth or millet, cooked up hot, with melted pastured butter and nuts.